Community engagement is a planned process with the specific purpose of working with identified groups of people, whether they are conected by geographic location, special interest, or affiliation or identity to address issues affecting thier well-being. Community engagement works best where it is an ongoing cumulative process enabling relationships and trust to build and strengthen over time.

Dealing with exploration since the 90s gives several challenges for an Indonesian upstream oil and gas company to engage with the community, i.e. conflicts of the past, the character of the local community, influences of religious/ other informal leaders, and mitigation obstacles due to polarization of political parties. Having the above conditions, this company has been conducting several Corporate Social Responsibility (CSR) programs, especially in teaching children and teenagers in East Java area from kindergarten to senior high school level through a program called “Mengajar” (read: teaching in English). The main objective of this program is to increase the involvement of oil and gas practitioners in educating the nation through several activities such as modules development and trainings.

Modules are designed  in the form of a story book. As a book containing stories, there are several characters playing in each scene. Nevertheless, there is no specific characters really designed to bring the values and identity of Mengajar. A more comprehensive plan and design is needed to have bigger and longer impact for the community. Therefore, this company seeks for a strategic partnership with BINUS having qualified background in educating the nations to create awareness of Mengajar through a CHARACTER and its storyline.

To develop a character that can be well-accepted by the local people needs an in-depth understanding of local wisdom, local tradition, people behaviour,type of jobs, religion, and beliefs. Furthermore, seniors and role models usually give great influences in receiving a new view. Thus, the biggest challenge is to have the highest level of acceptance while collecting the information from the local people.

An additional constraint is about to get the real stories from the children with a wide range of age from 5 to 17 years old students. Why children? Because this company believes that the children can give bigger influences for their parents; the children can also educate their parents about oil and gas, safety around the rigs, facilities preservation, and living in unity (gotong royong and teamwork).

Finally, after getting the visual perception of what the children like, the next challenge is to convert the ideas into the real character that can accepted in the real life. This character should be loveable and memorable, easy to be carried, and indeed, can be derived into specific products such as story books, gimmicks, inventories, animation short film, etc.

Having a various constraints, BINUS Creates divides the team into three groups: psychologyst, communication, and animation team. Each of the team have different ways to gather information to achieve the objectives. The first thing developed is the assessment tools for both gaining visual expectation of characters in the mind of children, and getting information about places or things  that mostly engage the local people (placement related) from several districts and sub-districts.

For research matter, the target is simplified to be the fifth to the ninth grade of school to have a non bias result of visual expectation. These students usually have similar favourite animal, color, cartoon characters, and so on. Primary data is gathered using HTP testing, interviews, and A/B testing. Secondary data is gathered through a focus group discussion with teachers, parents, and observations for places frequently visited by the children. At the end of the survey, BINUS Creates team conducts triangulation of all data collected.

Through the survey, the visualization of character and its attributes can be described. The character is a blue land animal with fur. Moreover, as a character, psychologyst gives additional attributes to the animals: friendly, religious, technology minded, etc. In addition, it can be concluded that children in this region loves pictorial stationeries, i.e. eraser, pencil, drawing books, bag, etc. 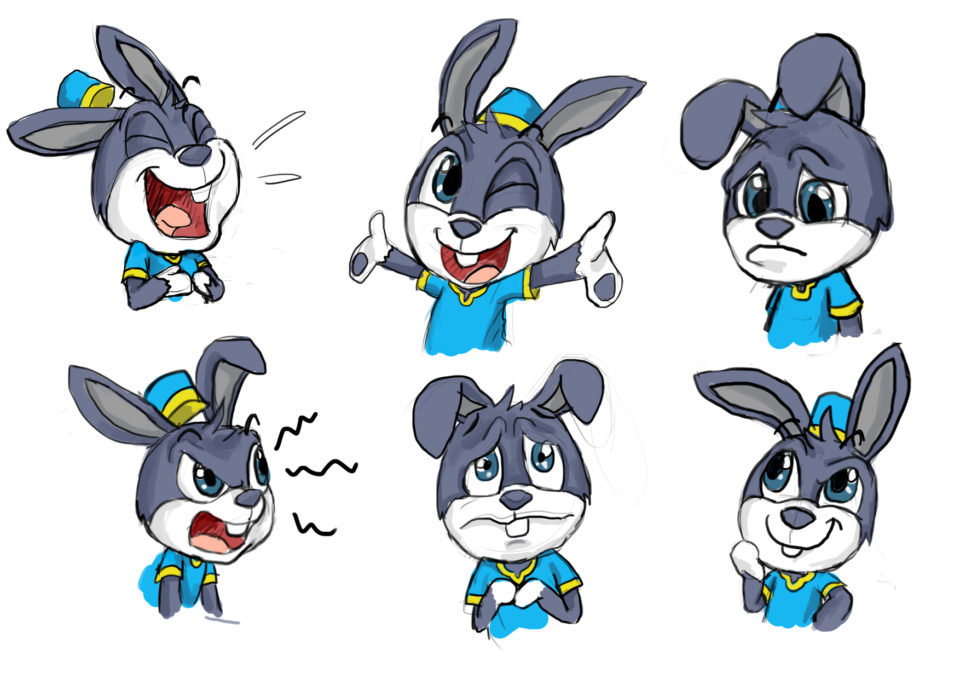 Having a clear description, a character is sketched and developed into two and three dimension form. Details of its name, height, colour, gestures, and landscape are also built. This character is then filmed as a jubilant animal that brings happiness to the village. With this positive radiant, the children would love it and the mission of educating the nation about oil and gas will be achieved in much more efficient. Nevertheless, continuous actions utilizing this character is a must, so that the programs become more comprehensive.