Hackathon Startup Asia Jakarta, was held 24 hours nonstop on November 15-16, 2014  at BINUS UNIVERSITY. More than 200 participants from Indonesia participated at the event, which is held by Tech in Asia.

Started in 2011, Hackathon was held in three countries: Singapore, Tokyo, and Indonesia, and this year, the competition was held in BINUS University campus. This was also the first time for Techinasia to hold the event at campus. “This year, we chose BINUS for its good reputation especially as one of the best universities in computer and technology hence we believe this could support the needs of infrastructure in this competition. Also, we invite students to participate in this competition to express the talents of BINUSIAN,” said Sabarudin Adinugroho, the project leader of Hackathon 2014.

The coding competition was held for 24 hours with team consisted of 3 to 4 member to develop the application. At the certain times there were challenges given by technology company associated with application that will be made. There were Intel, Skyscanner, Amazon Web Service, Paypal, Tack This, Mig Me dan Jalan Tikus that participated in this event. 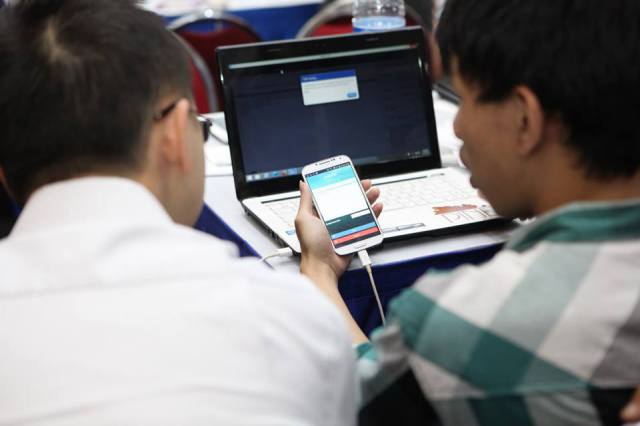 As said before, not only the professionals but also students joined the competition. Hendry, the fifth semester student said that he’s been knowing about Hackathon every year. “Since I am studying in BINUS right now, my friends and I decided to participate in this competition. This is actually a chance for us to build relationship and can immediately learn from big corporates. On top of that, it becomes a pride for us to join the big scale competition”, said Hendry. 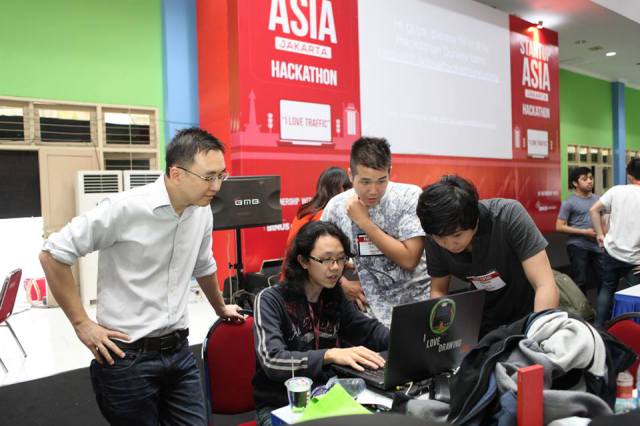 With BINUS University contributed the Hackathon Startup Asia, it became a way for students who want to pursue their career to become techno-preneurs. Knowing the technology and implement it on a startup can help BINUSIAN to successfully becoming a techno-preneur.