In this program, BINUS Creates was helped by the experts from the Faculty of Psychology. This program was divided into two phases, where the first phase was participated by the badminton athletes and the second phase was participated by the trainers of the athletes. The first phase of the program was executed for 3 days and joined by approximately 50 participants. The players were enriched about the psychology theories about how to build a strong mentality and how to maintain the stability of the mentality when they are put in an intensive situation. They also learned about how to set goals, stay motivated and positive, do mental imagery and how to deal with anxiety, while the trainers were taught the tips about how to help the athletes in doing so 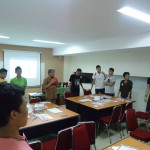 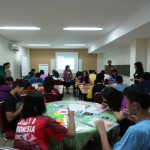